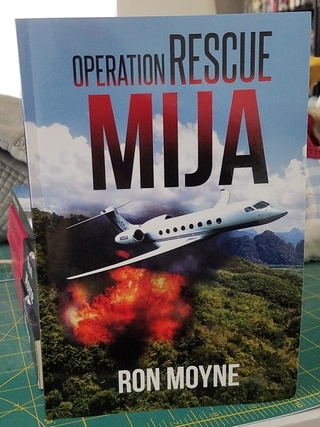 This novel was inspired by true events. It introduces retired Air Force Clandestine Operative Tony Magnacavello, a former Counter-Terrorism Specialist. An unexpected change of circumstances happens when he receives a call from long-time friend and stylist Maria Sanchez. She is concerned about a recent catastrophic life event. He is informed the next day upon meeting her in person at her shop that her young daughter was abducted by her ex-husband who is hiding in Mexico at the home of his cousin, a Mexican drug Cartel crime boss. With the Government declining intervention, Maria asks Tony to use his resources to help her find and return Gabriella Mija. Tony reluctantly agrees to help. Calling upon his former Special Operations associates, he plans an illegal rescue incursion into Mexico. Homeland Security flags their activities as suspicious. Believing they might be domestic terrorists; they turn the investigation over to the FBI. The FBI Director assigns female Special Agent Robin MacNeal to the case under deep cover. She later becomes conflicted and biased as she begins to fall in love with the man she is investigating. The window of opportunity for a successful, extremely dangerous extraction, dwindles fast in a race against time. If they succeed, they risk arrest by American or Mexican authorities. If captured by the Cartel, death is certain.