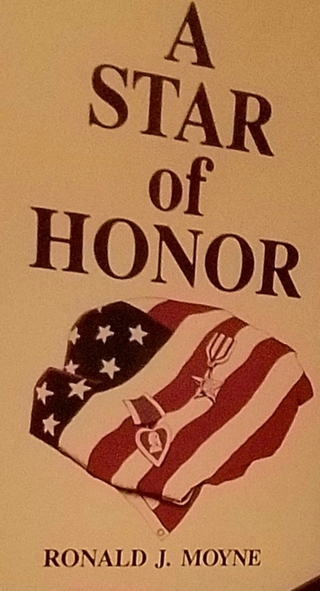 A Star of Honor

Tony has withdrawn from the world. As a young Air Force mechanic he wasn't supposed to become a casualty of war. Paralyzed, having been awarded a Silver Star and a Purple Heart to him seems insignificant. Tony refuses to talk about the incident which took his legs. Bitter and angry, he keeps it within his emotions festering in his subconscious mind. The nightmares keep coming, forcing him to relive the moment again and again. Tia Gelita Ramos, a young U.S. Air Force Filipino Nurse at the Clark Air Base Hospital in the Philippines befriends him, barely leaving his side. Love comes to them both. Tia wants Tony to shed light on the cause of his endless, sleepless nights. Soon they are torn between their devotion to duty and to each other...This heart wrenching bittersweet drama will not soon be forgotten. It will evoke anger, joy and tears. It's a memorable novel of an enlisted man who becomes a hero by circumstances, rather than being ordered to combat. It's about the heroism of ordinary people who served above and beyond the call of duty. It's for all the vets of Vietnam still missing in action and to all who have served. Gutsy and full of passion, it draws the reader in, makes us expend emotion and doesn't let go.