AVAILABLE NOW AT BARNES AND NOBLE.COM

Robin Diane MacNeal, newly appointed Deputy Director of the FBI and the first woman to achieve that distinction in the history of the Bureau was celebrating her promotion while vacationing in Chile with friends. The ambiance of their quiet dinner is rudely shattered by the repetitive cracking of automatic gunfire moving closer to the dining room. Suddenly the door flew open and a highly trained band of paramilitary mercenaries hired by the drug Cartel rush in. A bloodbath ensues. Tourists and hotel staff are mowed down in the search for the women. Robin and company are quickly abducted and taken hostage. The FBI and the United States Government refuses to get involved. It soon becomes evident that her fiancee' retired Counter Terrorism specialist Tony Magnacavello upon hearing the news must do something drastic to help her. He gathers his former Spec/Ops team. Intel suggests that Cartel Boss Felix Rojas has done this as an act of revenge. Tony and his team decide to go it alone to get back the woman he loves and to start a private war with the Cartel. With time running out and without backup it could result in disaster. If captured by Rojas everyone including the women will be tortured and killed.

This story was inspired by true events that will draw the reader in and never let go.

For those of us who reported from Vietnam, A Star of Honor is a reminder of a war that produced untold stories of struggle, compassion and love. Ron Moyne captivates us with a story that crackles with authenticity. A Star of Honor is another Vietnam memorial.
Phil Jones, National Correspondent
CBS NEWS 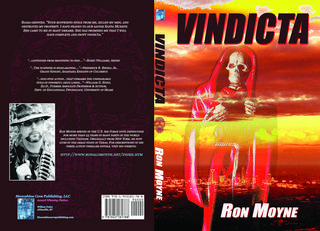